The 2003 Wild Wild South was designed as a celebration for the club's decennial anniversary. For the first time, the tournament included competitions in Football and Wrestling and non competitive sports in fitness workshops. Compared to the previous year, almost twice as many participants registered.

The party in the club Röhre was a combined tournament and anniversary celebration. Hosted by Stuttgart's most famous drag queen, Frl. Wommy Wonder, there was a colourful programme with performances by the Pink Poms, an all male cheerleading group from Cologne, and the Zackige Zicken, a show dance group from the Abseitz Aerobic branch that had just been established. The brunch on Sunday moved to a bigger venue in the Millennium Hotel at the SI Centrum, right next to Stuttgart's two Musical theatres. As a bonus, Wild Wild South participants could get reduced tickets for "The Phantom of the Opera" or "Dance of the Vampires". 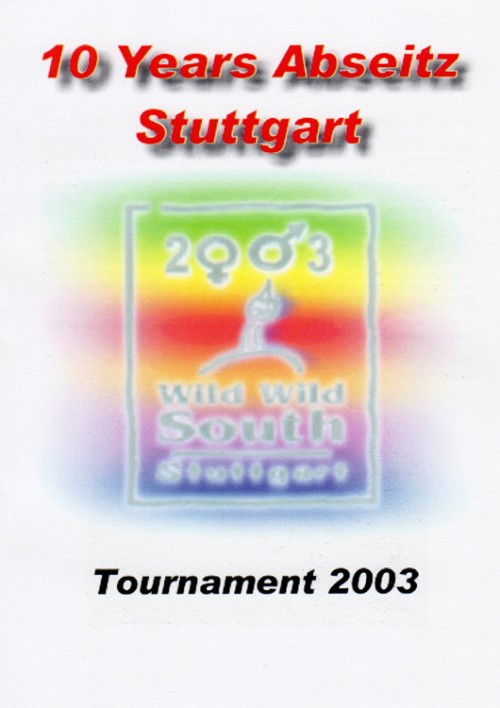