After the first even-year hiatus in 2004 the Wild Wild South returned bigger than ever. Scheduled for September, it was as late in the year as never before and never after. On the other hand, football could be held in an open air stadium. Thanks to a great number of volunteers on the organization committee, competitions in badminton, volleyball, football, wrestling, tennis and - for the first time - shooting were held, as well as fitness and yoga workshops. Competitions in running, women's football and men's volleyball had to be cancelled due to the low numbers of registrations. Considering that in summer there are many tournaments and league seasons, it is difficult to get enough participants especially for the team sports.

At appr. 400 participants the Wild Wild South 2005 was smaller in numbers than the previous one, but still no simple event. As usual there was a tournament party in the club Röhre and a brunch and a special Musical offer in the SI Centrum. 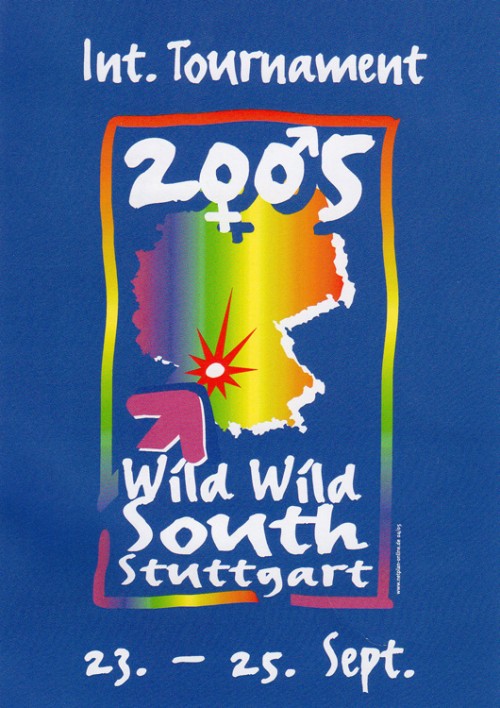