Tournament No. 6 again had competitions in Badminton and Volleyball, although Abseitz had grown tremendously in the months prior to the event and offered football, swimming fitness, wrestling and dancing in their weekly schedule. The higher percentage of women both in the club and among the WWS participants was reflected by putting a volleyball cowgirl on the tournament logo next to a badminton Indian.

Medal ceremonies were held on Saturday night at the tournament party in the legendary Gay-Röhre, a club in a former street tunnel. Once more the Sunday brunch was held at the Café Marquardt. 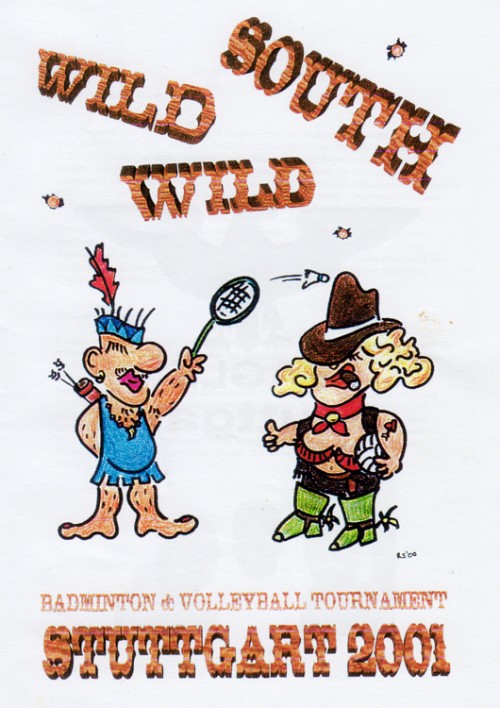